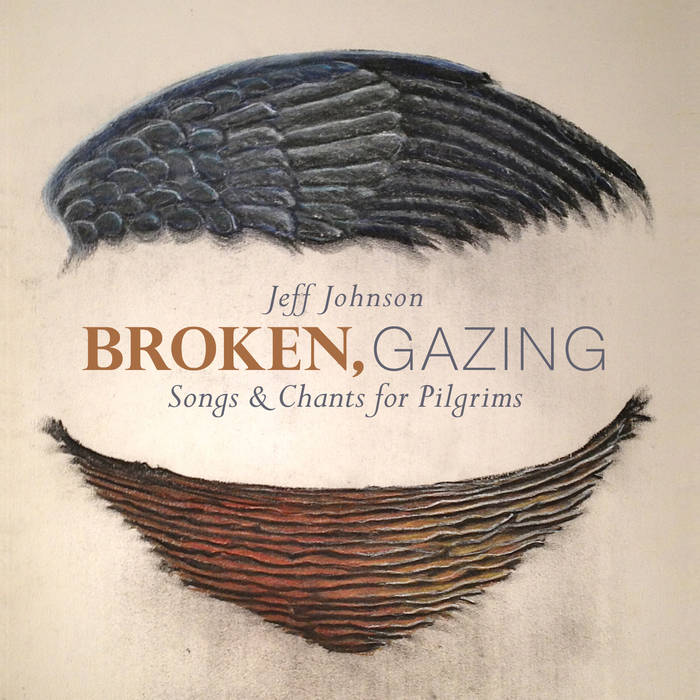 Steve Adair I've been listening to Jeff's music for many years (beginning with music from HOS). I love contemplative Christian music, especially with Celtic influences. Favorite track: Be Still And Know.

GmaJill I have been taking in Jeff Johnson's music since the mid-80's, I guess. (And I say "take in," rather than merely listen or enjoy, for good reason. Whether instrumental or sung, it is food for the soul as well as ears.). I am especially excited about Jeff's recent work with Phil Keaggy and hope to see and hear them together in person this winter. Favorite track: For The Beauty Of The Earth.

Brian Blackburn I have followed Jeff's music since I was 15 years old (1983). He has created a soundtrack for my journey with God and my travels of the world. I recently meet Jeff at a Texas retreat center and a new friendship emerged. Coffee, the Bible, and Jeff's music is a great way to start the day.

A review by Gord Wilson –

This is universal music. Not “goes everywhere-- one size fits all”. But somehow timeless and ageless. Universal as in small “c” catholic. Yet particular and peculiar to a certain time and place. Johnson delights in capturing the ambience of a given locale with his mobile recording studio. Nor is it a hodgepodge collage, but a thoughtful and harmonious blend of music stretching the centuries, from the Latin Mass to original pieces by Jack Boyd and John Bell.

On Broken, Gazing, the spirit present as far back as his 1980 vocal album, The Face of the Deep, continues to move over the musical waters. Johnson’s music is all of a piece, and it’s impossible not to find correspondences. The wing on the cover reminds me of the King Raven albums. The boat below suggests Navigatio or The Prayers of St. Brendan. Musically, also, deep calls to deep in whispers and glances. Four pieces on the album reprise earlier instrumental selections with new lyrics, and the album opens with a three part medley.

After forty some albums one may ask, what’s different this time out? Merely the musicality. These seasoned musicians have some years under their belts of playing together, both in concert and on albums, and it shows. And Johnson has gone from singing chants to writing them. The lyrics are simpler, cleaner, and leave room for deftly rendered musical stretches like Wendy Goodwin’s haunting solo in “Water, Bread, and Wine”.

If the players were sailors, one could note the seamless orchestration of the confident crew, their mastery and skill, the sure-footedness that enables them to sail into uncharted waters, bank harder, and ride the tossing prow. And of Johnson the captain, one might fairly ask if all his sailing has left him cynical and jaded, disillusioned and world weary. Broken, Gazing finds him wide-eyed with wonder, wind in his sails, eager to go a-voyaging.

All songs (except those listed below) by Jeff Johnson © 2014, 2009, 2006, 2000 Sola Scriptura Songs administered by www.musicservices.org ALL RIGHTS RESERVED.

“Don’t Be Afraid” by John Bell © 1995, WGRG, The Iona Community, Scotland
administered by www.giamusic.com Used with permission ALL RIGHTS RESERVED.

“For The Beauty Of The Earth” music by Conrad Kocher, 1838 (Public Domain) arrangement by Jeff Johnson.

“Child Of Mine, Sing On” by Jack Boyd © 2006 Cat Claw Music Press administered by catclawmusic@abilene.com Used with permission ALL RIGHTS RESERVED.

"Broken, Gazing" is also available on iTunes and Amazon.